Arrest Made in Sarasota Hit-and-Run With Motorcyclist 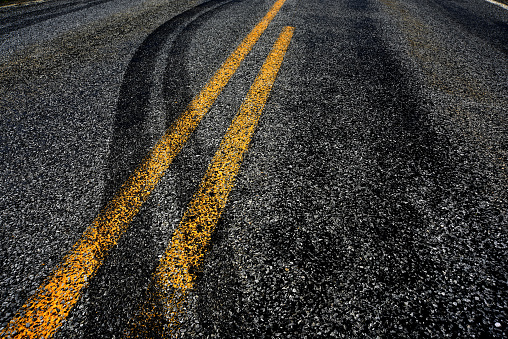 Our car accident lawyers reveal what you should know

The alleged driver in a serious hit-and-run crash on a Florida highway has been arrested.

In late August 2021, Florida Highway Patrol announced they had arrested a Sarasota man wanted for allegedly crashing into a motorcycle on Bee Ridge Road (FL 758) and critically injuring the rider.

The crash happened around 10:30 p.m. on a Friday night when the driver was in the center lane attempting to make a left turn onto Beneva Road. The driver apparently did not notice a motorcycle traveling east on Bee Ridge Road, and the bike collided with the right side of the involved sedan, which took off after the crash.

The driver is facing three charges: a felony hit-and-run with serious bodily injuries, violation of the right of way, and violation of probation, according to ABC7.

This tragic crash in Sarasota serves as a stark reminder that Florida has a problem with hit-and-run accidents. Most years, the state is a national leader in total crashes where at least one driver flees before police arrive.

In 2020, about 21,000 people were injured and more than 260 were killed by drivers who fled the accident scene, according to Florida’s crash dashboard. Altogether that year, there were 92,230 hit-and-run crashes statewide. Most of the accidents were property damage only.

In general, it is illegal to leave the scene in Florida before police arrive for any accident that involves bodily injury or property damage. An exception to this rule is if someone leaves the crash scene to seek emergency medical attention.

Hit-and-run accidents are devastating and frustrating for the victims. Trying to recover compensation from a “phantom” driver for the damage they cause can be difficult, as only about half of all hit-and-run drivers are identified. But that doesn’t mean you’re out of options if you were injured in a hit-and-run accident.

Despite efforts to improve safety and accountability, nearly 25% of all car accidents in Florida are hit-and-runs.

Florida has a “stay at the scene” campaign that raises awareness about driver responsibilities after a crash. In 2014, Florida passed the Aaron Cohen Life Protection Act, which stiffened hit-and-run penalties. The bill is named in honor of Cohen, a 31-year-old father who was killed by an impaired hit-and-run driver two years earlier.

Depending on the damage done, Florida hit-and-run penalties include:

Why would a driver leave the scene after an accident?

While Florida reports more hit-and-runs than most states, these kinds of crashes happen nationwide. A recent AAA Foundation study created a profile of the average hit-and-run driver and their motivations. Here’s what they found.

The average hit-and-run driver is a:

Drivers who flee are often motivated by “self-preservation.” They are usually already engaged in illegal activity when they crash, such as driving drunk. They run in the hopes of escaping serious penalties like jail, the AAA study says, and the more at-fault a driver is, the more likely they are to flee.

Keep in mind that if you are involved in a hit-and-run accident, do not attempt to chase after the driver. It’s best to just call the police and give them as many details as you can about the vehicle, the driver, and the direction they fled.

Some Florida counties are more likely to have hit-and-runs than others. Here’s what happened in southwest Florida last year:

There are about 16 active hit-and-run cases being investigated in Southwest Florida by state Highway Patrol Troopers. The oldest case is from 2016. A pedestrian walking on Gulf Gate Drive was struck and killed by an unknown vehicle. The most recent is from March of this year. An unknown vehicle hit two bicyclists riding on North River Road in Alva. One of the cyclists died while the other was seriously injured.

Legal help is available for crash victims in Florida

Hit-and-run accidents are hard on victims in more ways than one. The injuries from such a crash are often severe and the complexities of tracking down the reckless driver to hold them accountable may feel overwhelming as you try to recover from your injuries. But even if the hit-and-run driver is never found, a car accident lawyer can help you pursue the compensation you deserve to cover the cost of your injuries and other losses.

At Farrow & Pulice, P.A, our attorneys are known for finding solutions to complicated cases. Our highly skilled staff has been fighting for the rights of accident victims since the 1990s, and we know how the system works in Florida. If you were injured in a hit-and-run accident or another type of motor vehicle crash, contact our law firm today for a free consultation to see how we can help you. We proudly serve clients in the Southwest Florida area, including Sarasota.