Bradenton Ranks 4th Deadliest City in the Nation for Pedestrians 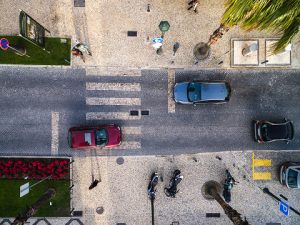 If you feel like you are risking your life when you walk the streets of Bradenton, you’re right. In fact, the Bradenton-Sarasota-North Port metro area is the fourth-most-dangerous in the country for pedestrians, according to a new report from Smart Growth America and the National Complete Streets Coalition that was detailed in the Bradenton Herald.

The problem is getting worse. The report ranks cities using what it calls a Pedestrian Danger Index. Since 2016, Bradenton’s index has skyrocketed by an alarming 86.4 percent – more than any other city in the entire country.

What Makes Bradenton So Dangerous?

Believe it or not, the streets of Bradenton are designed to be dangerous. Not on purpose, mind you, but they were engineered with the convenience of motorists, not pedestrians, in mind. That explains why the authors named their report “Dangerous by Design.”

The report notes that sprawling population growth, especially in the Sun Belt, led to transportation planning that favors motorists. This includes wider roads, longer blocks and streets that favor high speeds for motorists while ignoring the safety of people on foot, riding bicycles or using public transportation.

“What is happening is that our streets, which we designed for the movement of vehicles, haven’t changed,” the authors of the report stated. “In fact, we are continuing to design streets that are dangerous for all people.”

The Solution Is Simple. Just Don’t Expect It to Happen Anytime Soon.

The answer is obvious – design and build pedestrian-friendlier roadways.

Just as obvious, though, is that entire cities are not going to be redesigned and rebuilt overnight. It’s a long-term strategy that will take decades to implement as new neighborhoods are constructed and existing ones are modernized.

In the meantime, pedestrians must protect themselves by using extra caution, though there is only so much you can do to protect yourself. No matter how carefully you behave, you are still at the mercy of a motorist who could be speeding, distracted while they are texting on their phone, or driving under the influence of alcohol or drugs.

If you’ve been injured while walking the streets of Bradenton, you’ve likely suffered crippling injuries. You could be facing a lengthy rehabilitation or be permanently disabled as your bills pile up and the motorist’s insurance company pressures you into accepting a lowball financial settlement.

What you need on your side is someone dedicated to helping their injured clients put their lives back together. That’s been the mission for the personal injury lawyers at Farrow and Pulice, P.A., for more than 20 years. They’ve handled cases just like yours throughout southwestern Florida, with offices in Sarasota, Bradenton, Englewood, Venice, Port Charlotte and Lakewood Ranch. Contact them today for a free consultation.