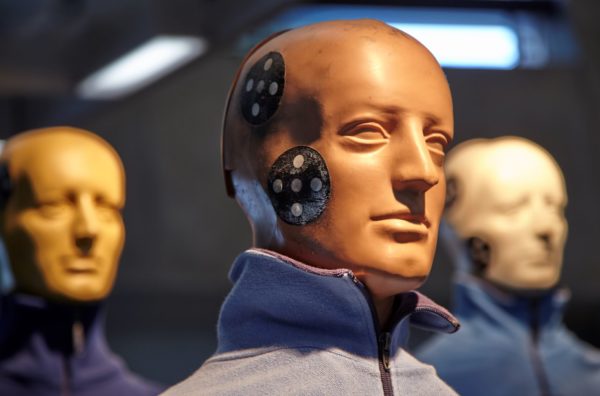 Investigation finds federal crash tests are not geared toward women

Studies find women are more likely to be injured or killed in car accidents than men. But despite this grim fact, testing for safety features in crashes favors men.

According to a recent report, tests on vehicles examine how crashes affect the driver. However, the model for the driver (a.k.a. crash test dummy) is a roughly 5-foot-9, 170-pound male. Safety features are built for someone that size, thus the car safety features that are engineered as a result of the tests are likely to be less effective for other body types — like women.

“Women have achieved equality on the road, that is to say in driving, but when it comes to testing, so that we are sure they are safe on the road, they are nowhere near achieving equality,” said Congresswoman Eleanor Holmes Norton, chair of the House Subcommittee on Highways and Transit.

How women can get injured in car accidents

According to experts, women are especially prone to neck injuries in car crashes based on how they are seated relative to the steering wheel.  The key to reducing the risk for women is having a device that can measure those types of injuries, according to the CEO of a company that offers crash testing technology.

Rear-end accidents are among the most common types of crashes in Florida and across the United States. In nearly all cases, the driver in the rear is found to be at fault.

Common injuries in rear-impact collisions include, but are not limited to, the following:

With improved testing procedures, many serious injuries and deaths could be prevented. Chris O’Connor, the president and CEO of the safety testing company Humanetics, said standards have lagged in the United States.

“I think women in America would be surprised that the ratings are not equivalent,” O’Connor said. “If you’re seeing women dying, dying 20% more often in a driver seat, belted, than a male — that’s something we need to fix. And we can’t wait. We can’t wait for three years or four years to get a change in place. There should be movement to hit a change in place yesterday.”

Lawmakers are also exploring ways to get the NHTSA to improve its testing procedures to account for different body sizes.

“Automobile safety should not be reserved for just the average adult male,” said Congresswoman Jan Schakowsky, the Illinois Democrat who chairs the House Subcommittee on Consumer Protection and Commerce. “Our auto safety regulations must ensure that vehicles protect all vehicle occupants, including women, children, and elderly occupants. I look forward to working with my colleagues to end the disparities.”

If you’ve been injured, seeking legal help is a good idea

Regardless of vehicle safety features, car accidents that result in serious or fatal injuries happen far too often in Sarasota and throughout Southwest Florida.

If you or a loved one was injured in a crash due to negligence, don’t hesitate to contact an experienced car accident lawyer for a free consultation.

At Farrow & Pulice, P.A., we aggressively advocate for our clients and can fight for the compensation you deserve. We also offer legal representation on a contingency fee basis, which means there’s no upfront money to retain our services and you only pay us if we win.