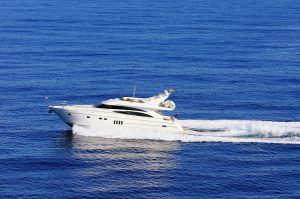 Last year, 67 people lost their lives and another 437 were injured in Florida boating accidents, totaling more than 765. That’s more than anywhere else in the country (and more than were reported in Florida last year).

Our unenviable top spot is partially because boating is such a popular recreational activity in the Sunshine State. However, it also reveals that some boaters, including professional boat captains, aren’t following basic safety guidelines. Most crashes are preventable.

Boating accidents a bigger problem than most think

The latest statistics for 2017 were published by the Florida Fish & Wildlife Conservation Commission, which is responsible for tracking Florida boating accidents and advising safety officials and law enforcement on the biggest factors leading to injury and fatalities in our waters.

This responsibility has become even more critical in the wake of a recent duck boat accident in Missouri that killed 17 people – including five in a single family. CNN reports duck boats like the one that sank recently have been involved in some 40 boating accident deaths since 1999.

A big part of the problem, according to the National Transportation Safety Board, is that duck boats have overhead roofs or canopies that may greatly increase the risk of passengers getting stuck and drowning. While boating accident investigators cited 65-mph winds during a thunderstorm as a cause of the sinking, the reality is captains are supposed to prepare for such sudden storms.

If they are caught unaware, passengers, particularly those wearing life jackets, can become trapped against the canopy as the vessel sinks, unable to swim down to the openings along the side. In 1999, after 13 people died in an Arkansas duck boat accident, the NTSB found that passengers would not have faced a barrier to vertical escape if the boat had not had a canopy.

Collisions with other vessels and fixed objects were the No. 1 cause cited for reportable boating accidents in Florida. Holding boating operators, manufacturers and maintenance crews accountable requires the dedication and experience of a longtime Florida personal injury lawyer at Farrow & Pulice, P.A.