Sarasota Drivers Must Be Alert to Car Accident Risks on Halloween 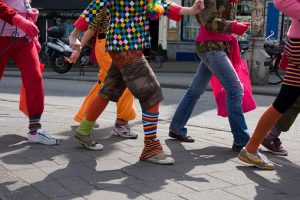 Drivers need to be aware there will be so many kids on the roads on Halloween, since more children out on the streets means a greater risk of pedestrian car accidents. Drivers are expected to exercise reasonable caution and care at all times when operating their vehicles, and competent drivers will step up their safety efforts on Halloween.

Drivers Should Be Alert & Avoid Accidents on Halloween

Following some basic safety tips can help drivers to try to avoid causing one of the many pedestrian accidents on Halloween, which could change the life of a child forever:

Halloween should be a time for fun, not a time of tragedy. If every driver goes the extra mile to be careful and avoid crashes this holiday season, hopefully children will be able to trick-or-treat and get home safely.